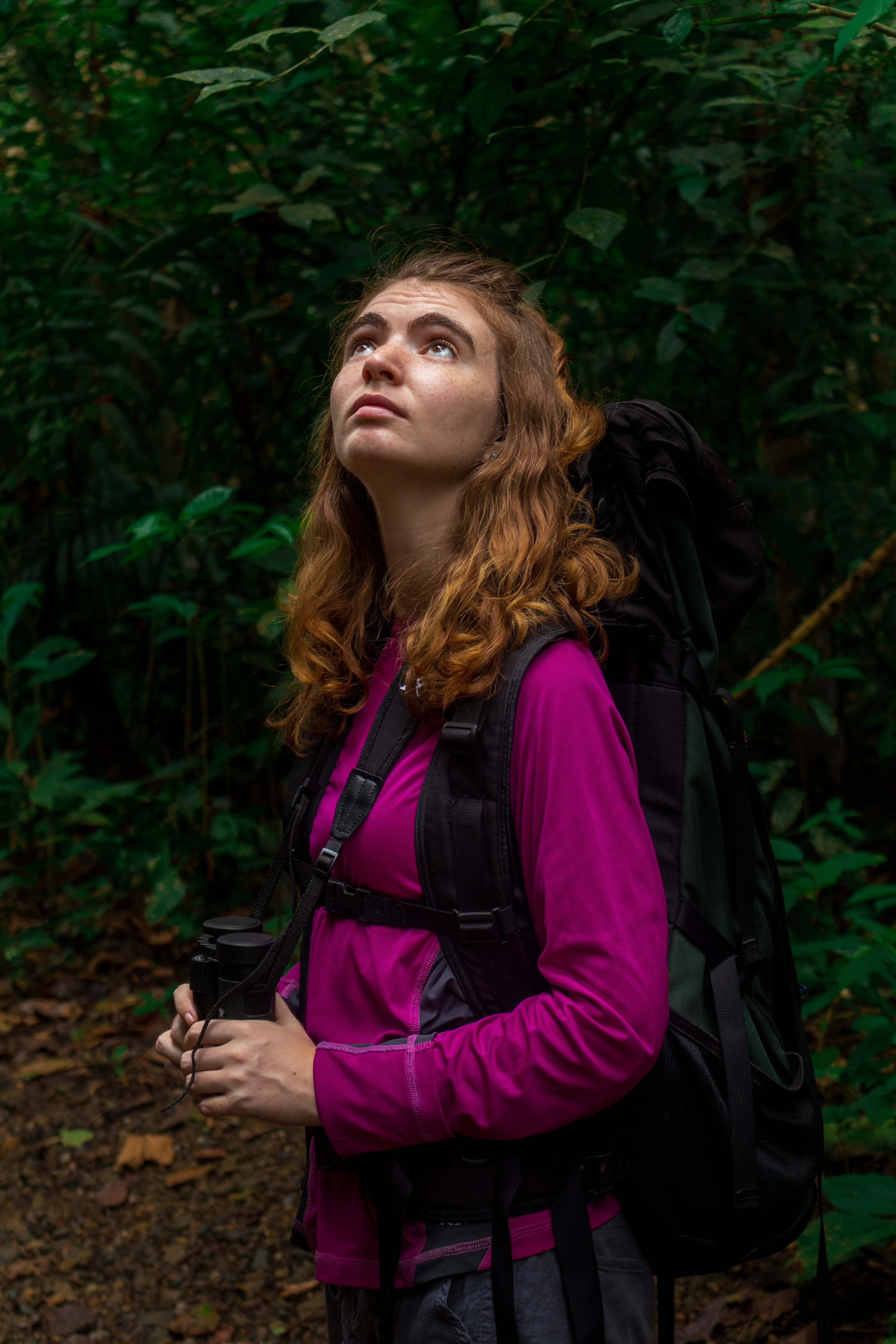 During my trip to Panama we were encouraged to think of a project in advance. We were also allowed to wait to choose an independent project until after we had arrived so that we could get inspired by some of the natural phenomena around us. That’s what I opted to do.

During our first trip to jungle our instructors pointed out many interesting animals and plants. We saw motmots, traced giant vines, and watched a troupe of Capuchin monkeys parade through the canopy trees. However it was the hummingbirds that I loved watching the most.

Over the next couple of days I looked through some hummingbird research papers and tried to come up with an interesting project. With some guidance from the teachers, I settled on studying hummingbird networks. I planned to set up 15 sets of feeders with high, medium, and low concentrations of sugar. The idea was to see how birds behave around them. Was there any resource guarding? Was there a species hierarchy? Would more territorial birds monopolize the feeding sites?

I chose five sites around Gamboa where hummingbirds were known to be active from prior observations. I hung out three feeders at each spot then allowed two days for hummingbirds to get associated with this new food source. I planned to go out  during sunrise and sunset and observe each site for 30 minutes.

I wasn’t able to observe any hummingbirds at the feeders during trials and I was running out of time during the course to collect more data, so I concluded the project and took the feeders down. I should have been sad, but I was excited to be finished with my project, because I got no joy  out of it. I found myself wishing I could play hooky and go out to the forest with all the other students. Instead I went and watched absent feeders because I was determined to see this project through. Even though I didn’t see any hummingbirds during my observations I did learn something very crucial about myself: I don’t like doing research.

I realized that while other students were genuinely curious about different birds and ants, I was more interested in learning about science instead of conducting science. In my free time, I found myself looking up fun facts about other students’ study species and sharing pictures, videos, and articles with them. I have a hard time thinking of research projects because I’m more fascinated with end results. Researchers always have more project ideas than they can study and a lot of the time they either don’t have funding or resources to conduct them. I feel exhausted brainstorming projects and for a research scientist that is basically like hitting a brick wall. I don’t like doing research because for me it feels like I’ve set up camp at the brick wall and I’m living there full time.

This is not my way of saying that I don’t like science. I love science; however my role isn’t to do field projects. I feel more comfortable talking to people about the findings and how to get involved. I like the connection that science can make to the general public and helping people realize that science affects all of us. My role in science is to teach, share, and communicate with other people. Perhaps through sharing knowledge I will one day inspire someone to conduct a world-changing study, someone who isn’t living at the brick wall, who never stops asking questions. Someone who gets excited by the answer “I don’t know.”

Sammy (Jackson, WY) is a senior majoring in Zoology and Environment and Natural Resources at the University of Wyoming. She developed and led her own, independent research project as part of the WyoPanama study abroad course supported by the UWyo Honors College and Travel Abroad program. The course is led by Department of Zoology and Physiology faculty Patrick Kelley and Bethann Garramon Merkle, with invaluable support from TA and international master’s student Laura Gomez-Murillo.