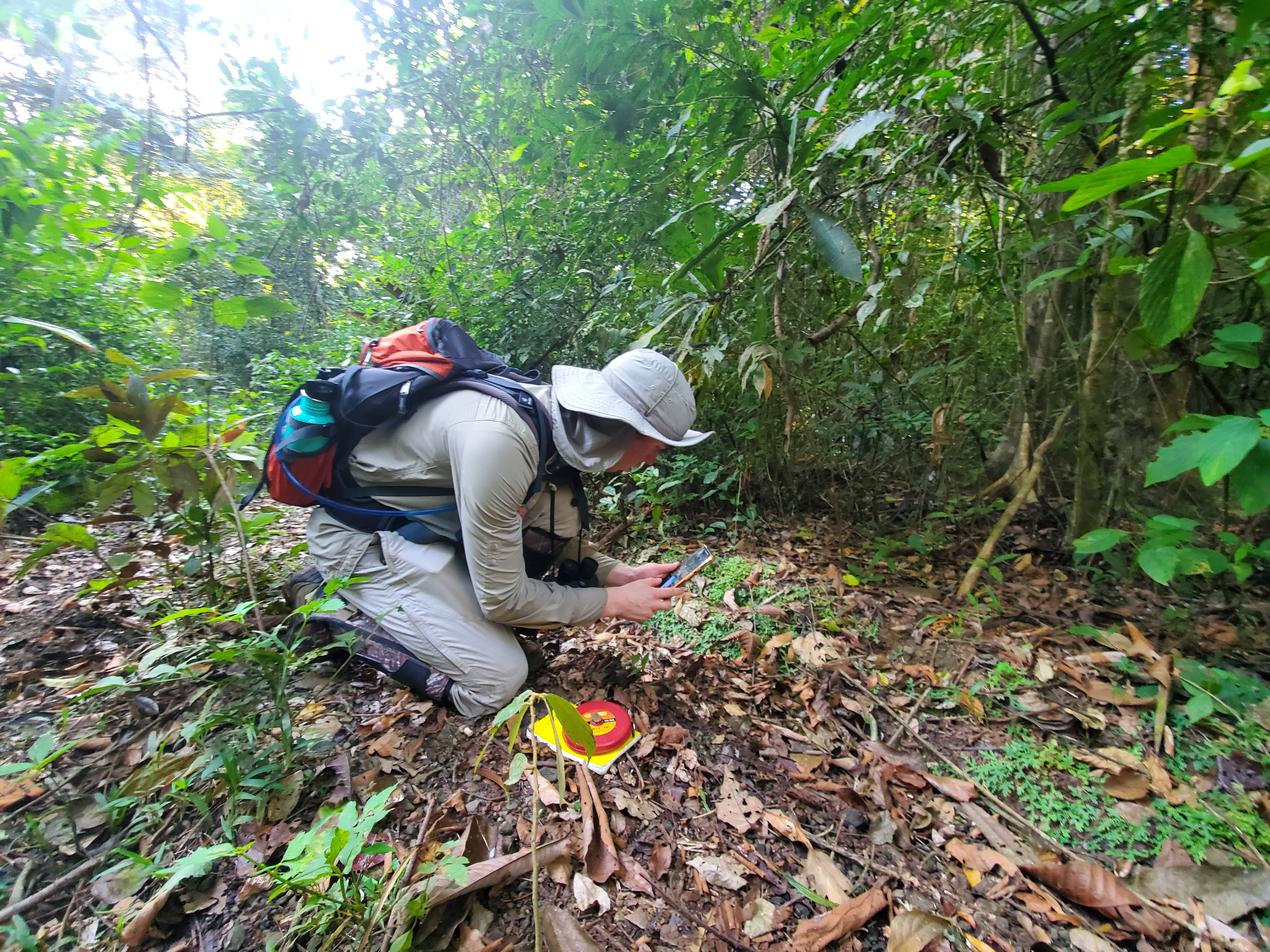 On this trip to Panama I have gotten the opportunity to design my own independent research project. Over the last three weeks I have worked to learn more about the effects of tourism on the wildlife along pipeline road. I became interested in this topic because I think it is important to understand our role in nature and how to better steward the world we have been given. This opportunity allowed me to study one aspect of how people interact with nature.

When I started out this project, I had a general idea that I wanted to study bird behaviour along Pipeline Road. I was curious if there was any difference in their behaviour in areas that had high amounts of human traffic compared to those that had lower traffic. Through research and discussion with my professors and teaching assistant, we decided to test how easily birds along Pipeline Road were scared by humans and determine if they were more or less scared in heavily traveled areas. Our approach answering this question involved methods similar to those used in a recently published article (Tryjanowski et al. 2019). To do this, we planned to walk toward birds we found along the road, noting how close they allowed us to get before flying away.

We expected that this would provide data that would be reasonably easy to collect in a short period of time, but when we began collecting data we found that it was significantly more difficult to find and identify enough birds for the project. This caused us to have to rethink our methods midway through data collection. Eventually we decided to use recordings of a few select species to call them in, so that we could find more individuals. Using the calls was significantly more effective and we were able to observe many more birds using this  adapted plan. Through conducting this research, I was able to begin to study bird behaviors in response to human interaction and learned the importance of being able to adapt to research difficulties.

Noah is a sophomore majoring in Zoology at the University of Wyoming. He developed and led his own, independent research project as part of the WyoPanama study abroad course supported by the UWyo Honors College and Travel Abroad program. The course is led by Department of Zoology and Physiology faculty Patrick Kelley and Bethann Garramon Merkle, with invaluable support from TA and international master’s student Laura Gomez-Murillo.